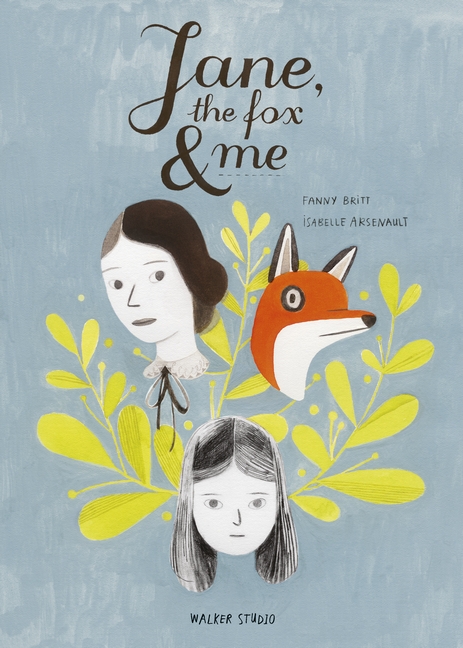 Jane, the Fox and Me

An emotionally truthful and visually stunning graphic novel about solace and redemption."A superb, masterful piece of work." Financial Times"A graphic novel so well drawn and beautifully told I'm certain it will speak to adults too" ObserverHelene is not free to hide from the taunts of her former friends in the corridors at school. She can't

Helene is not free to hide from the taunts of her former friends in the corridors at school. She can’t be invisible in the playground or in the stairways leading to art class. Insults are even scribbled on the walls of the toilet cubicles. Helene smells, Helene’s fat, Helene has no friends … now. When Helene’s heart hammers in her chest as Genevieve snickers at the back of the bus, inventing nasty things to say about her, Helene dives into the pages of her book Jane Eyre by Charlotte Bronte. And, in the solace she finds there, Helene’s own world becomes a little brighter. But how will the story end? Is there any hope for the wise, strange, plain Jane Eyre? How could Mr Rochester ever love her? On nature camp, arranged by the school as a treat, Helene finds herself in the tent of other outcasts. Again, her inner and outer worlds become entangled as she reads on – this time putting herself into Jane Eyre’s shoes. It would be impossible for Mr Rochester to marry a sausage in a swimsuit, even if he loved her. Wouldn’t it? But, while deeply lost in self-doubt, Helene’s world is unexpectedly shaken up by a fresh new friendship. Geraldine snorts with laughter at her jokes! They love being together! Helene begins to worry less about what the cruel girls think – and more about how happy she can be (and make others)… Perhaps Jane Eyre’s story will end well after all, too.

Fanny Britt is a Quebec playwright, author and translator. She has written a dozen plays (among them Honey Pie, Hotel Pacifique and Bienveillance) and translated more than fifteen others. She has also written and translated several works of children's literature. Jane, the Fox and Me is her first graphic novel. Find Fanny Britt on Twitter as @fannybritiche.

Isabelle Arsenault is a Quebec illustrator who has won an impressive number of awards and has achieved international recognition. Her picture books include Migrant by Maxine Trottier, a New York Times Best Illustrated Children's Book and a finalist for the Governor General's Award, and Once Upon a Northern Light by Jean E. Pendziwol. Find Isabelle online at www.isabellearsenault.com